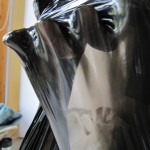 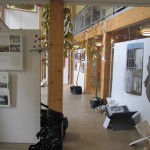 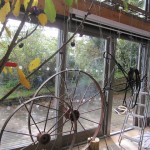 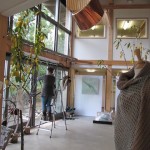 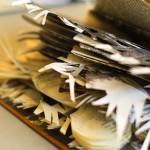 Having worked in education for over a decade Tessa really enjoys working with others and challenging artists and the public to think about what they see. What is the artists trying to say? Why have they created that piece? What is the message?

In the last two years Tessa has set about creating more meaningful opportunities for local artists to explore concepts and to think about life in The Tamar Valley. In association with the Tamar Valley AONB ‘Harvesting Time’ evolved. This has continued with the Drawn to the Valley ‘Past Present and Future’ show and in 2014 a third exhibition Moments in Time will show how we can look forward into the Valley’s future.

Past, Present and Future 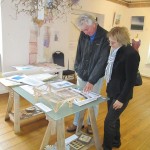 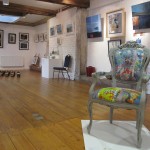 A view of the exhibition space 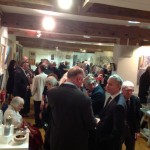 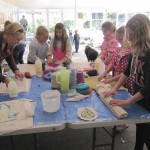 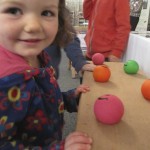 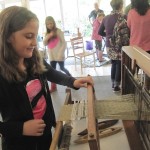 To celebrate 10 years of Drawn to the Valley I had the idea of this show and wrote the brief. DTTV is a co-operative and so we work as a team. I was delighted to work alongside Clare Law and needing outside selection gave us the opportunity to work with Plymouth College of Art’s Principal Andrew Brewerton. as Chair of the Jerwood Drawing Prize and with much experience, we were honoured to work with his guidance and support. An Eminent panel, Jo Lanyon and Judith Robinson was established for selection and nearly 300 images where whittled down to create a show.

Our hanging team of seven in total, installed and hung over two days. The Magnificent Seven I call them. proactive, sensitive, collaborative and very hardworking- Janet, Lynn, Jeannine, Anita, Ian alongside Clare and myself. A big thank you to them! Sixty-four Artists work were coordinated by colour, texture, shape and tone. It was balanced into a diverse rich mix of applied arts hanging and integrated with painting, print, photography, ceramics, jewellery and sculpture.

Sponsored by Charles Steevenson Wine, The Moorland Garden Hotel and supported by Tamar Valley AONB, opened by The Earl of Mount Edgcumbe ensured the black tie Private View was a sparkling affair. Live Jazz from Misbehavin’ and a fantastic write up from the Western Morning News was the icing on the cake! A most suitable end to the 10th Anniversary Year. 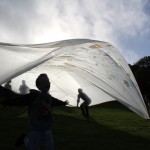 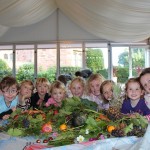 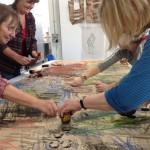 This was also coincided with  The Family Arts Festival and The Big Draw. Again working with Plymouth College of Art,  Steven Framlington and the BA (Hons) Painting, printmaking students, we led a sensory inspired drawing session at PCA and this stimulated our Big Draw day. Mount Edgcumbe Country Park sponsored us by providing the venue and their enthusiastic staff joined in with all the activities and helped run the day smoothly. It was fabulous and we hope we can do it again!

I have worked alongside for several years now. Harvesting Time was an idea I developed with the team to further engage the public through artists eyes. I really enjoy questioning peoples perceptions (See my curatorial page for more information) Within Past Present and Future there was a section of forward thinking ideas, sketchbooks and unfinished work which is to be further developed in an exhibition entitled “Capturing Time”. It will be the third time I have worked with AONB with my DTTV hat on, so I suppose it could be considered as a Trilogy!