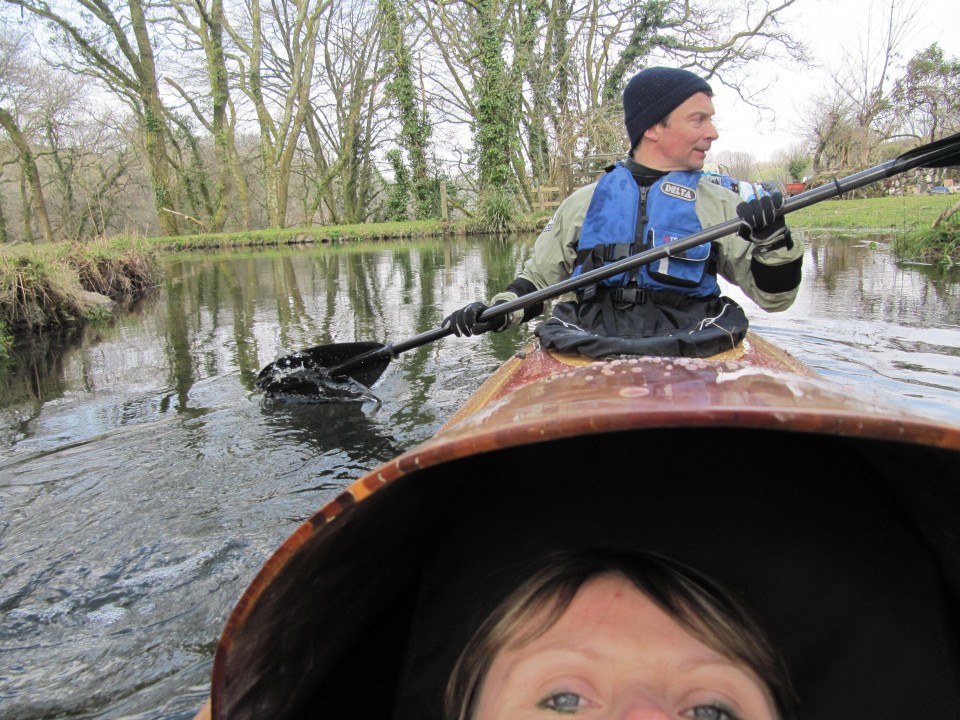 Conceptual, inspiration, News | Comments Off on The Conceptual Story

It’s so hard to determine, was it a flash of an idea based on a children’s story?  The story of “The Emperor’s New Clothes” (Danish: Kejserens nye Klæder) is a short tale written by Danish author Hans Christian Andersen, about two weavers who promise an emperor a new suit of clothes that they say is invisible to those who are unfit for their positions, stupid, or incompetent. When the emperor parades before his subjects in his new clothes, no one dares to say that they do not see any suit of clothes on him for fear that they will be seen as “unfit for their positions, stupid, or incompetent”. Finally, a child cries out, “But he isn’t wearing anything at all!”

Is it wanting to produce a cathartic body of work which explores hidden illnesses? Or something that challenges others? We gain our strength and creativity by sharing, ideas and techniques. Seeing through others eyes is enlightening and adds to our abilities to reflect on our practice.

Having taught for over 12 years I have always understood and respected Conceptual Art. Whilst teaching I was privileged to have spent time in a classroom with Jenni Dutton. http://www.jennidutton.com/index.html My most overall memory was her sense of fulfillment and the important messages she was sending through her work. The Debenhams Dress was particularly powerful a see had been sown though I did not know it at the time. It was to lie dormant for a while yet. http://www.jennidutton.com/debenhams.html 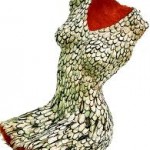 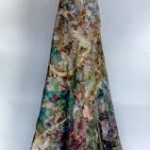 In November 2009 I was losing my sight rapidly and by the End of December I was unable to drive. I lost my sight, from optical neuritis, which was the beginning of a terrifying journey. I wrote ‘Blind Panic’ and it understandably changed my perspective on life- I now voice my inner thoughts and cherish each and everyday things and more importantly my work needs to mean something.

The Sun reached out and touched my hand this morning

The rich gold rays stretched out across the land, kissing

and caressing the peaks.

My eyes sought each glimpse with desperation

Fuelled by the fear of the unknown

My hand glowed with the warmth and security of sight.

For who knows what life will bring 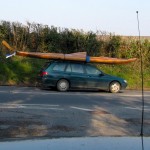 The sleek ghost in transit 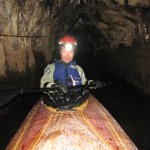 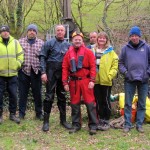 The team behind the adventure

International artist Adam Chodzko came to give a talk at the Tamar Valley Centre-the Area of Outstanding Natural Beauty’s main building and community space in the valley. It was part of his commitment for the River Tamar Project’s first commission; Adam Chodzko was invited to bring his work Ghost to the River Tamar.

“Originally conceived for the 2010 Whitstable Biennial, Ghost is a kayak; a sculpture as the vessel, a coffin, a bed and a camera rig. Measuring 22ft in length and built by Whitstable based Glyn Edwards Kayaks from strips of Alaskan yellow cedar, Fijian mahogany, oak, ash, olive and walnut, Ghost was created to accommodate a rower in the back and a passenger at the front. Separated from the rower by a dome in the deck of the kayak, the passenger lies flat in the vessel – at the level of the water – with their head slightly raised. This viewpoint offers a unique perspective of the river and its banks, causing the passenger to consider their concept of the river and their relation to it. A camera mounted on the kayak records each passenger’s journey thus creating a record of their unique experience. No two journeys are the same; each experience of the river inimitable.” http://tamarproject.org.uk/projects/ghost1/

I listened to how he worked and why he worked in that way feeding that seed and when a volunteer was asked for, to go through a canal tunnel on the Tavistock Canal, I put up my hand. I was sat looking at a beautiful sleek narrow kayak and imagined the big tunnels that canal boats passed through. We’d even done one as a child on holiday. It was to be the catalyst to new work and turned out to be a terrifying and eternal memory but it wakened my senses and showed me a whole new way of seeing. 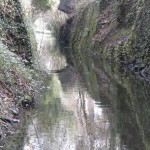 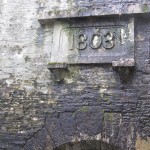 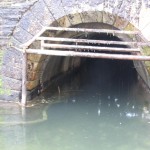 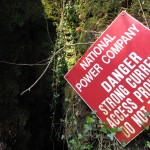